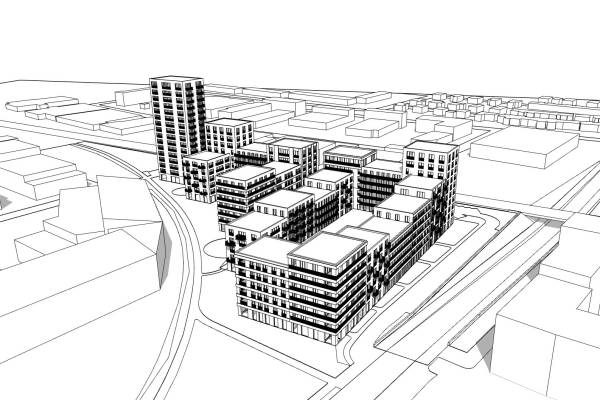 The Sorgenfri district is within walking distance of central Malmö. Until recently an industrial area, it still contains a small number of manufacturers. It is also an area with many small businesses, creative and cultural enterprises and artists’ studios.

Karlsson/Lauri has been commissioned to develop a plot on the outer edge of Sorgenfri to accommodate ‘as many dwellings as possible’. A key consideration in this project is to maintain Sorgenfri’s historical legacy and character. To create neighbourhoods that retain traces of the industrial past while also clearly appearing as a new urban development.

The plot contains none of old red brick-built industrial structures that are common in other parts of Sorgenfri. It does contain a large modernist office building, which is difficult to convert to functioning dwellings. This building will be replaced with 35,000 square metres of newbuilt structures (30,000 square metres of which will be dedicated to dwellings).

The solution is based on the concept of a standard house, which can be designed in different widths by varying the distribution of flats around a stairwell. To achieve the variation that is desired for the area in general, in accordance with the master plan,a variety of facades have been designed, all using brick and with French balconies as a general theme. This allows for a degree of variation that is reminiscent of 19th-century cityscapes, with differences and variation among buildings of a limited size.

The height of the buildings ranges from 4 to 16 storeys throughout the neighbourhood. Generally, the buildings are taller to the north, towards the railway tracks, and shorter – and featuring open courtyards – ­to the south, towards the park strip that will be established in between the tips of the triangular urban district. 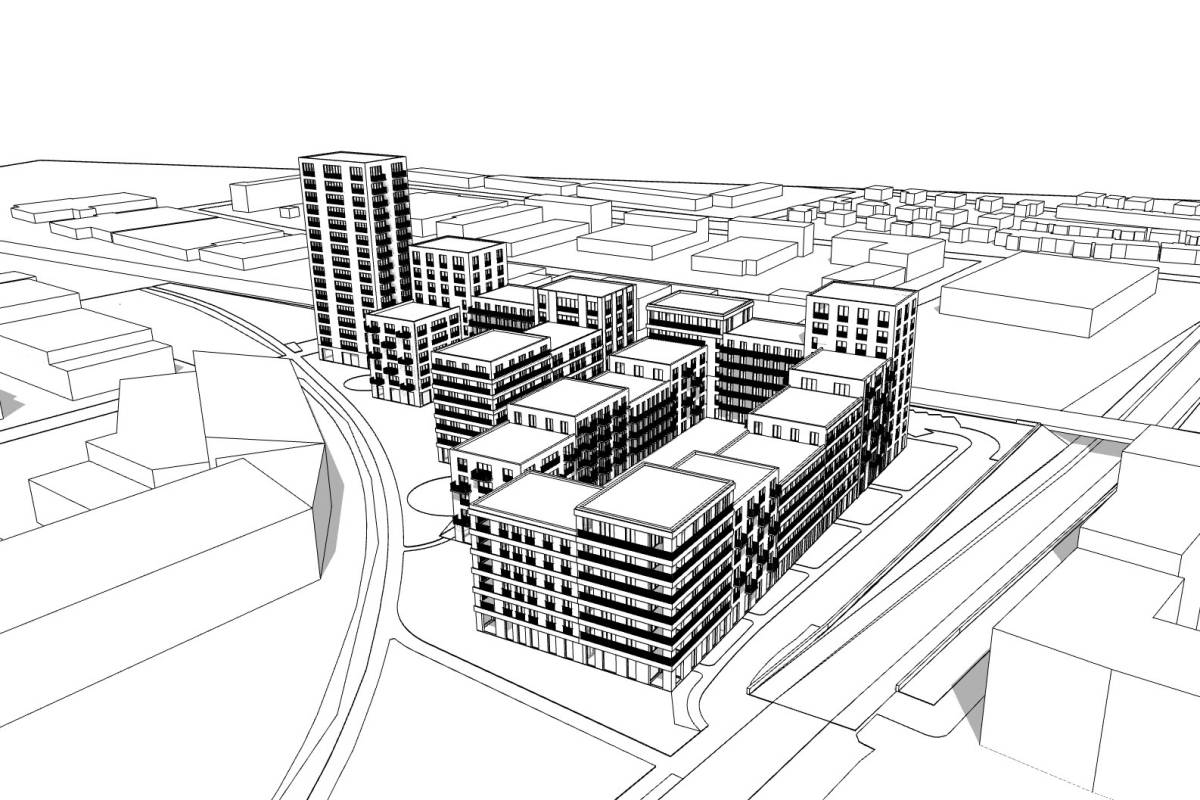 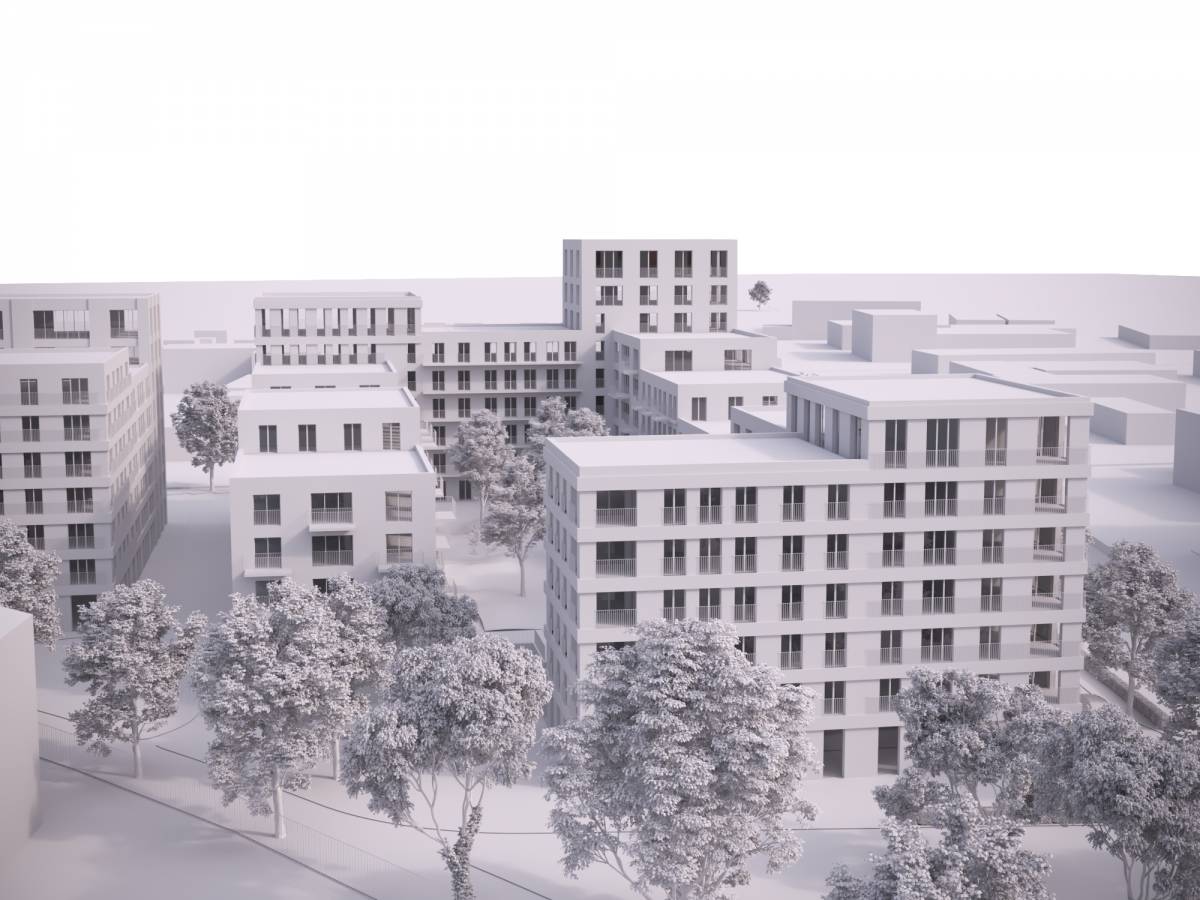 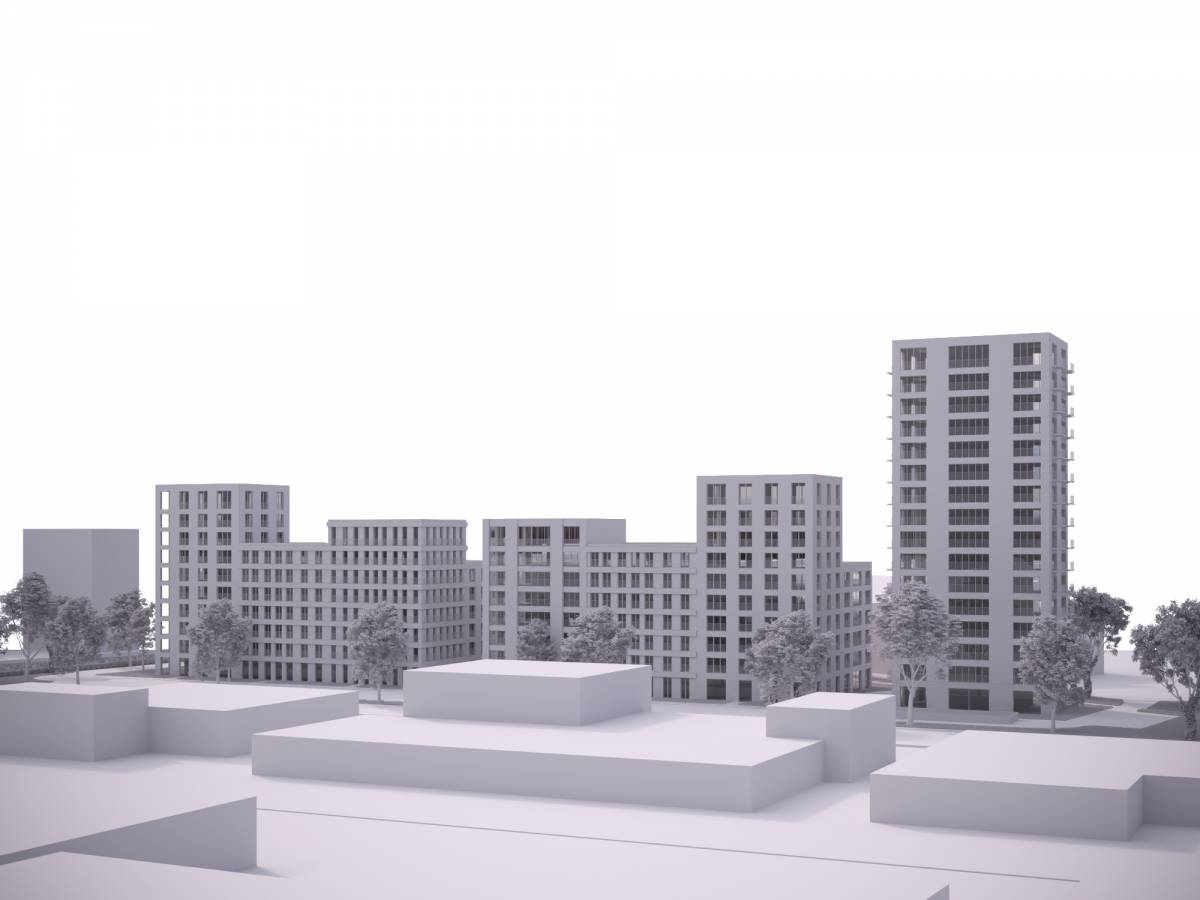 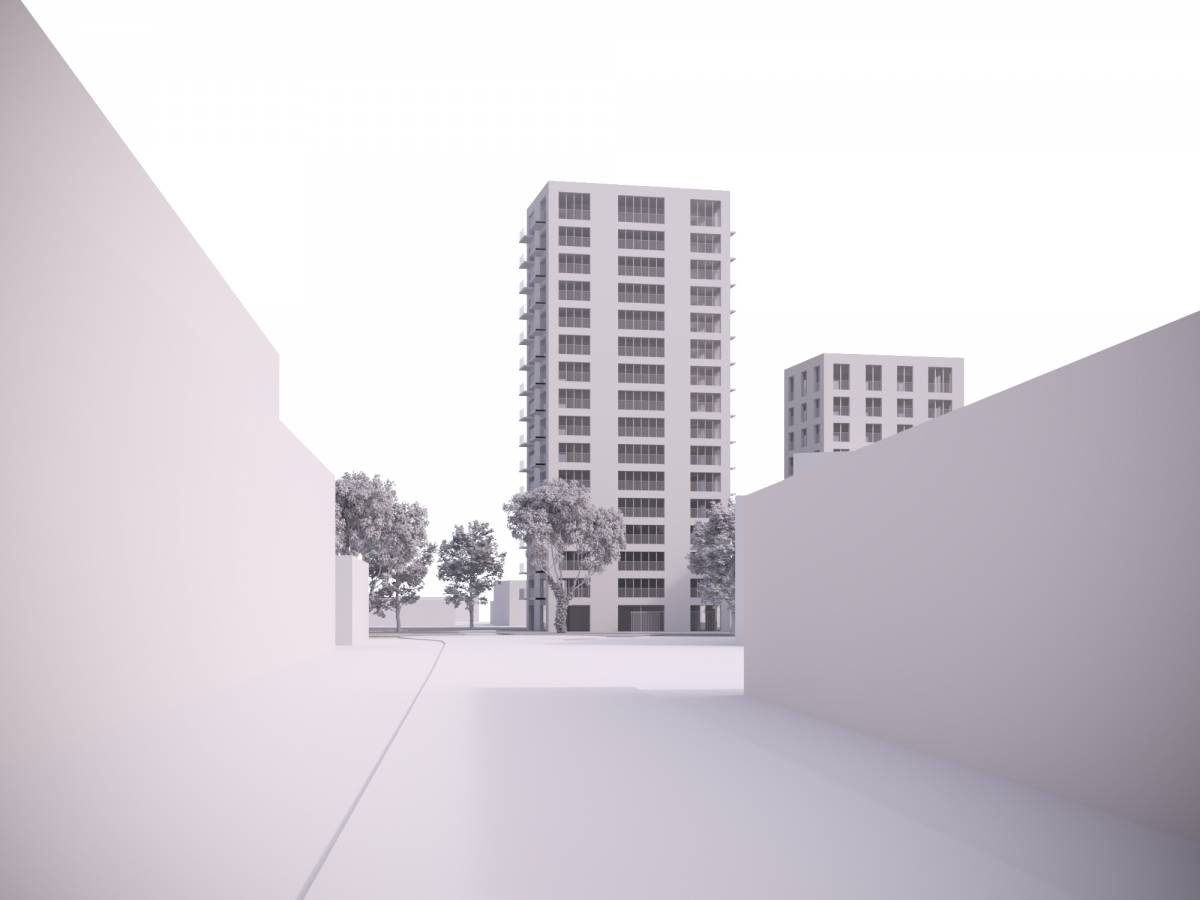 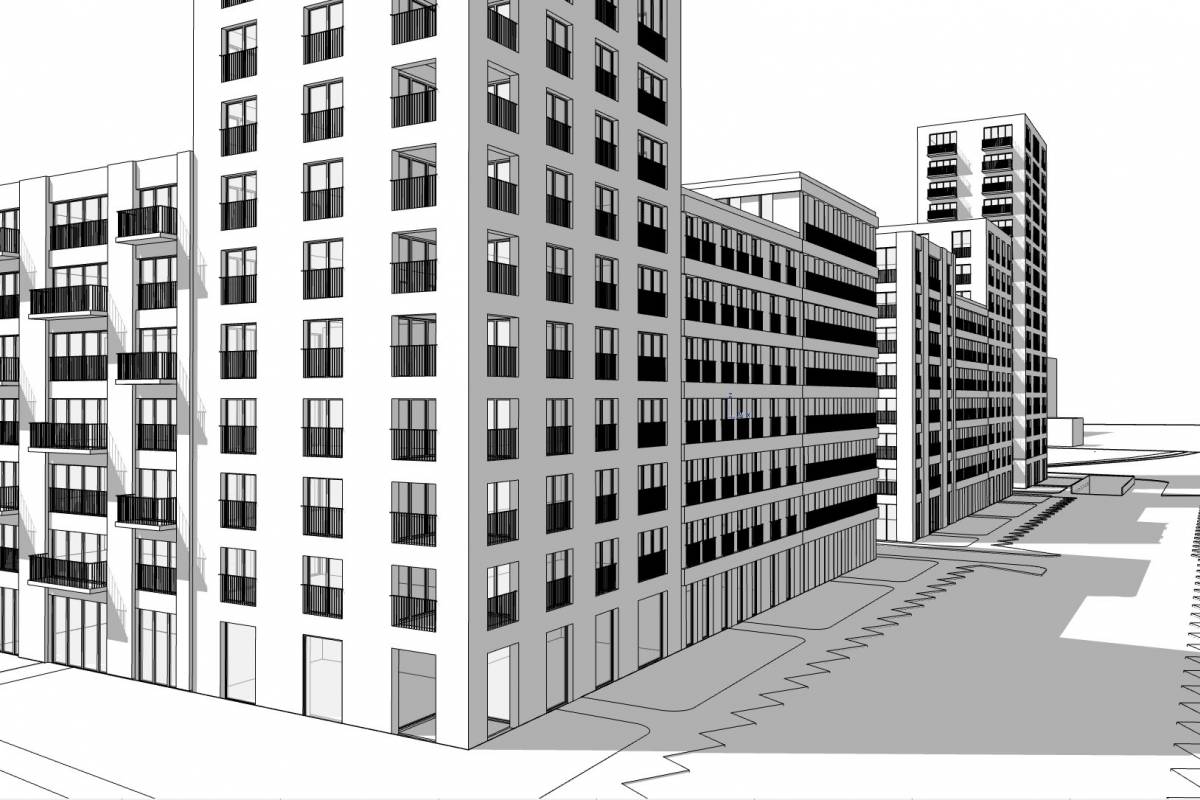 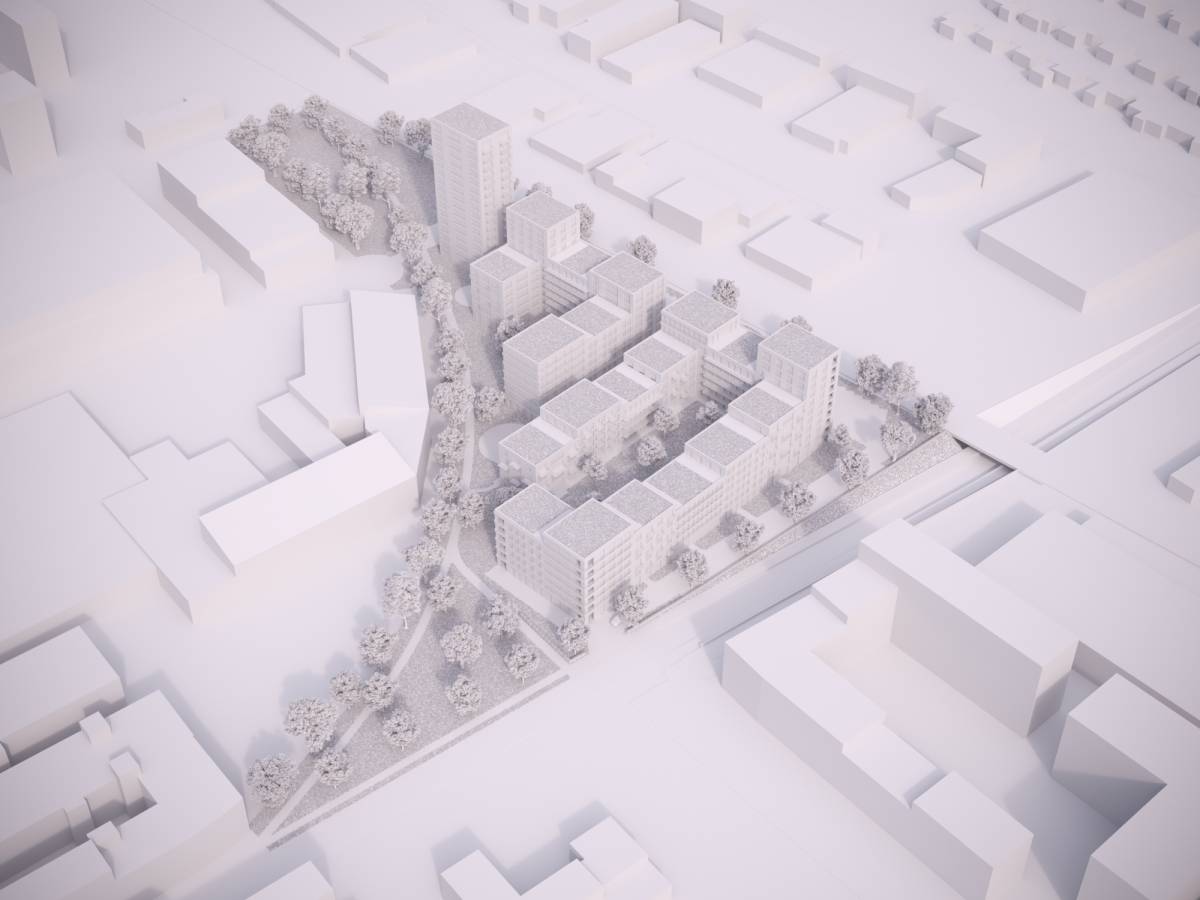