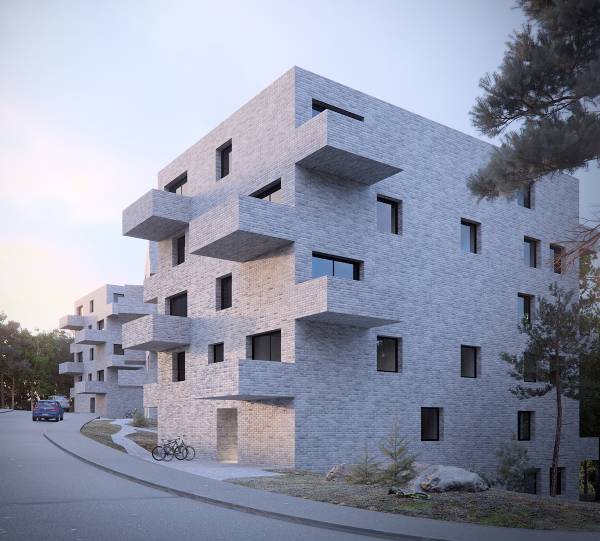 The three blocks of flats are wedged in between existing blocks in Hammarbyhöjden. The area is one of Stockholm’s most characteristic examples of early modernist multi-storey architecture. The new buildings are adapted to match the site with a light colour scale and dimensions that preserve the character of the area, with buildings among the pine trees.

Considerable time and attention went into defining the new buildings and giving them a distinct identity with bricks and bonds. Both the facade and the balconies have brick-cladding. The windows are recessed into the facade, and the brickwork continues into the window niches.

The flats have efficient floor plans dominated by a large family room with a large window section and access to the balcony. The individual storeys differ, making it possible to preserve a degree of variation among the flats, despite the limited footprint of the buildings. 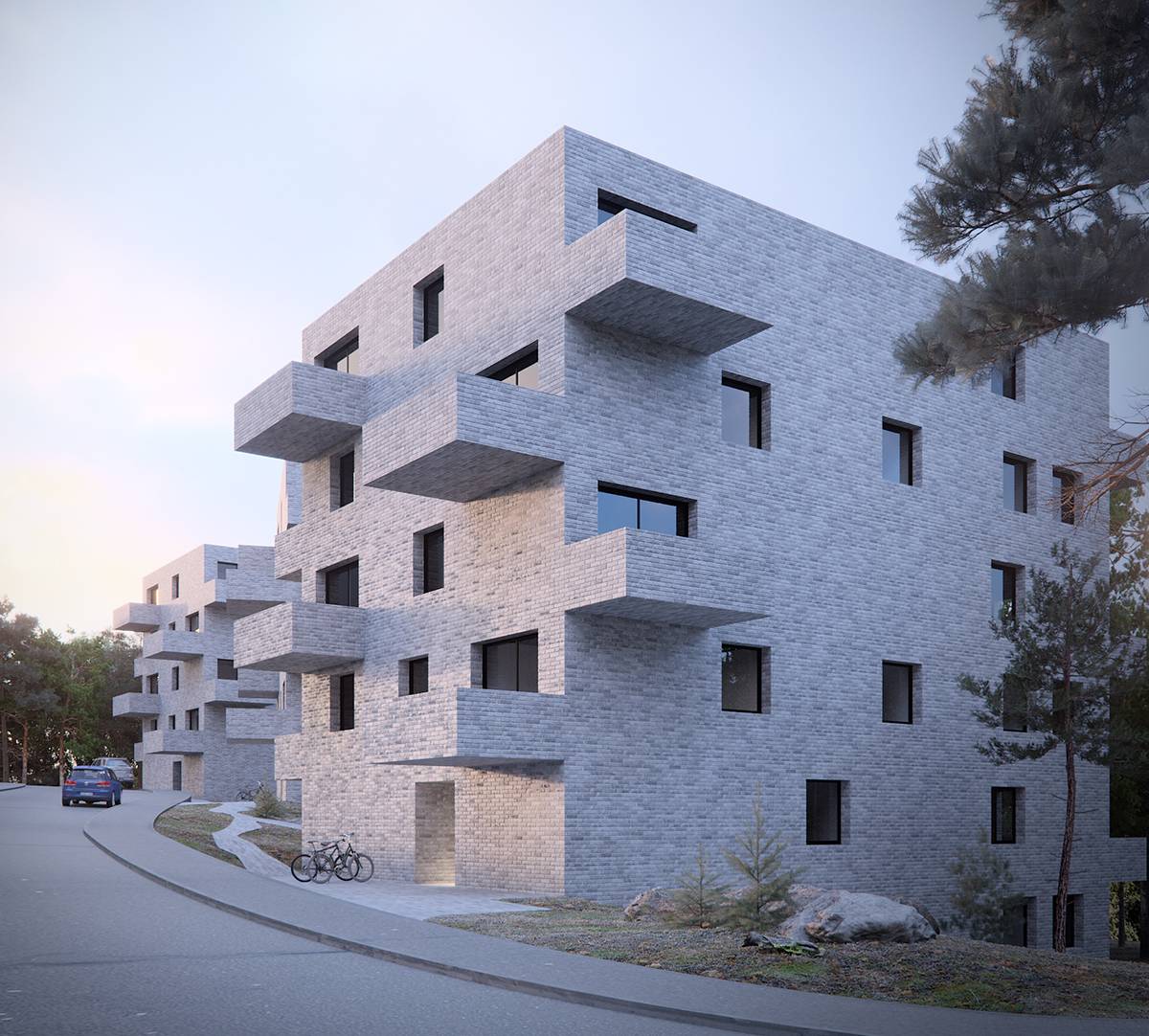 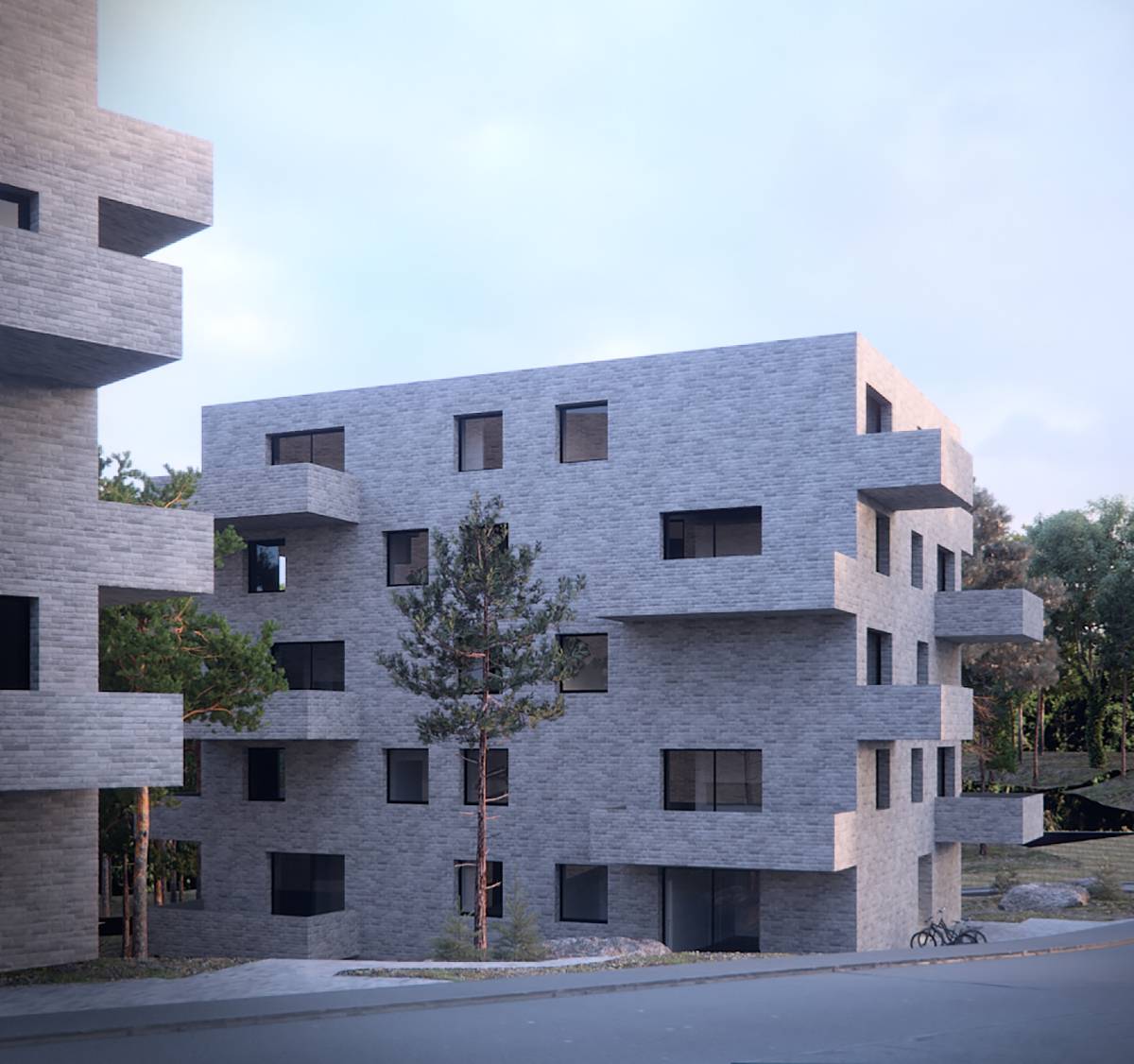 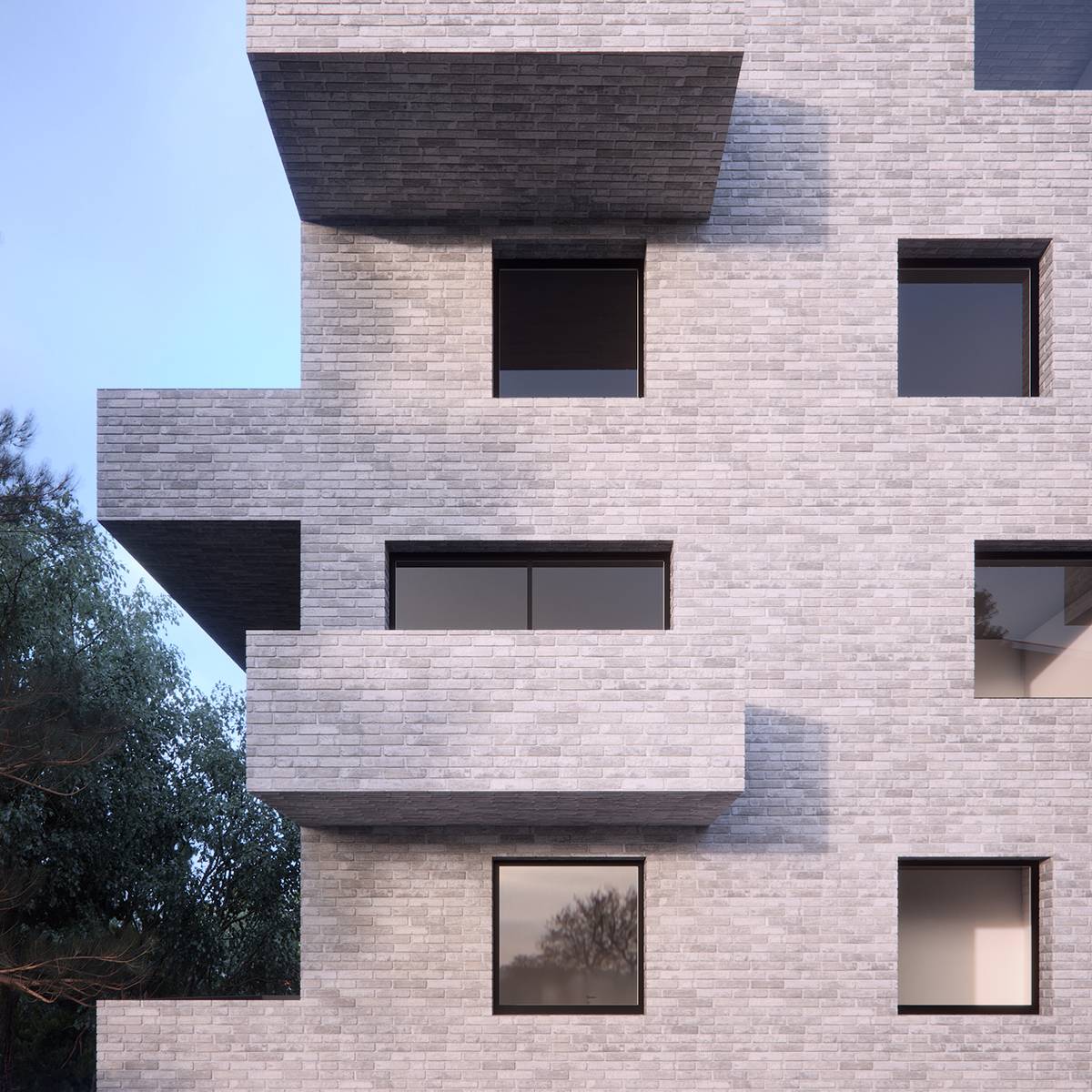 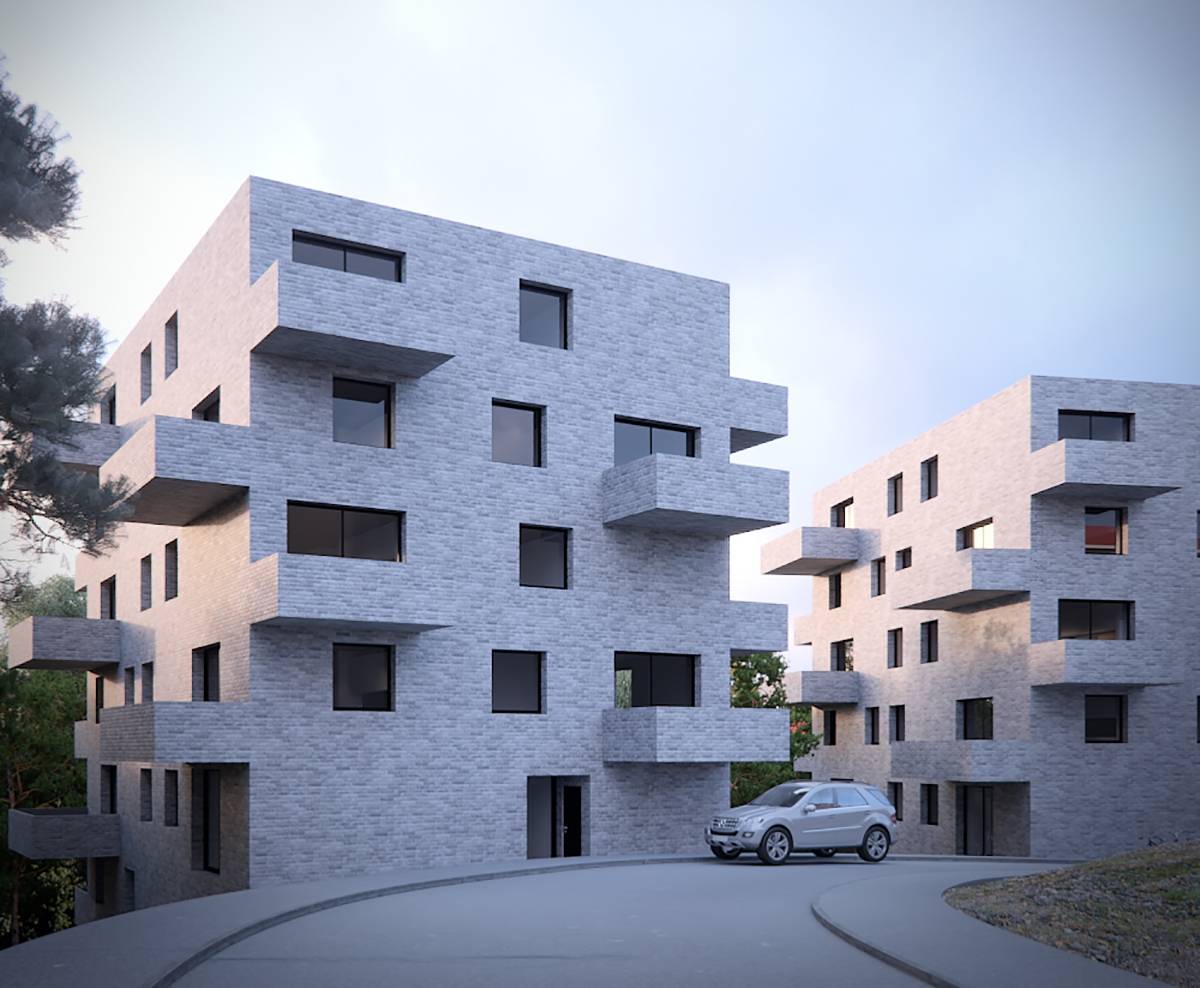 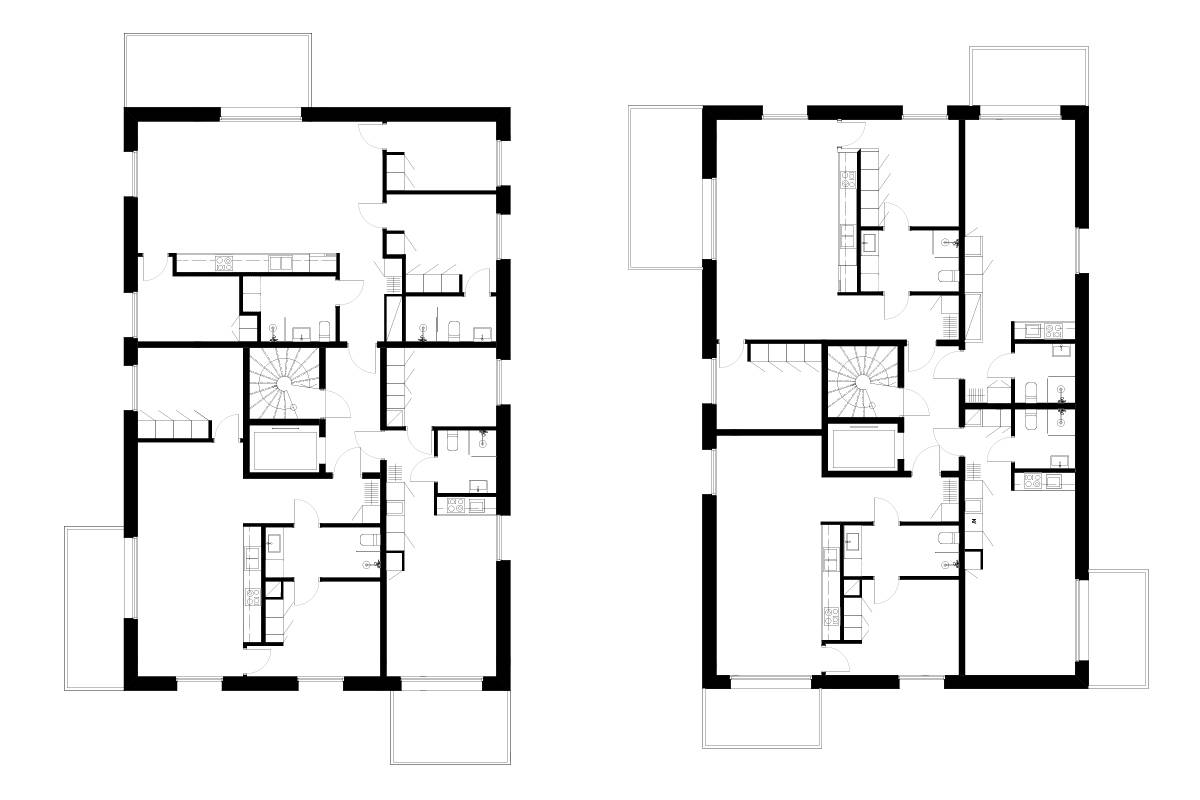