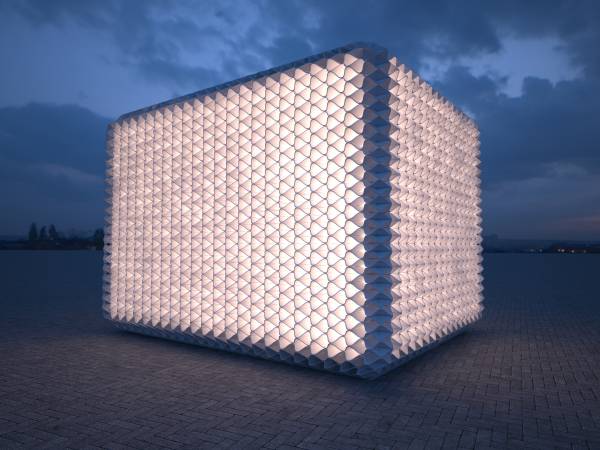 The competition site is the area around Malmi station in Helsinki. It is the type of modern area that we all are very familiar to. The function of the place is there but the excitement seems lost. The idea behind Malmi-waffles is to reinject the energy the place ones had.

Malmi-waffles introduce a “soft” architecture into the existing environment. A materiality that may have to be interpreted and examined as a new guest in the neighborhood. The construction of the waffles is based on the an Opticolor roof material from the company Cembrit. Each panel is cut with a leaning sawblade to generate an irregular edge. The bearing structure of the walls is a metal framework that the panels stack around. The panels stack in the way that each other is flipped and a continuous edge appears. To keep the panels in place and to distribute the weight, metal wires connects the panels and support them structurally. The light source is a LED-net which is placed through the entire construction, so each led is positioned according to each opening.

The Malmiwaffles will function either as a host for a franchise, for storage or as a guide in the area. The depth of the wall is suitable for small services in the city as seating, mailbox, advertising, a clock, signs and tickets. At night time they will light up and create a warm atmosphere for the surroundings.

Three different sites around the Malmi station where selected to represent the new.The platform: They can help creating new seating and information on the train platform. The bicycle parking: The bicycles are parked in small sheds to seperate them from the surrounding area. The Square: The waffles is used for complements as kiosks. 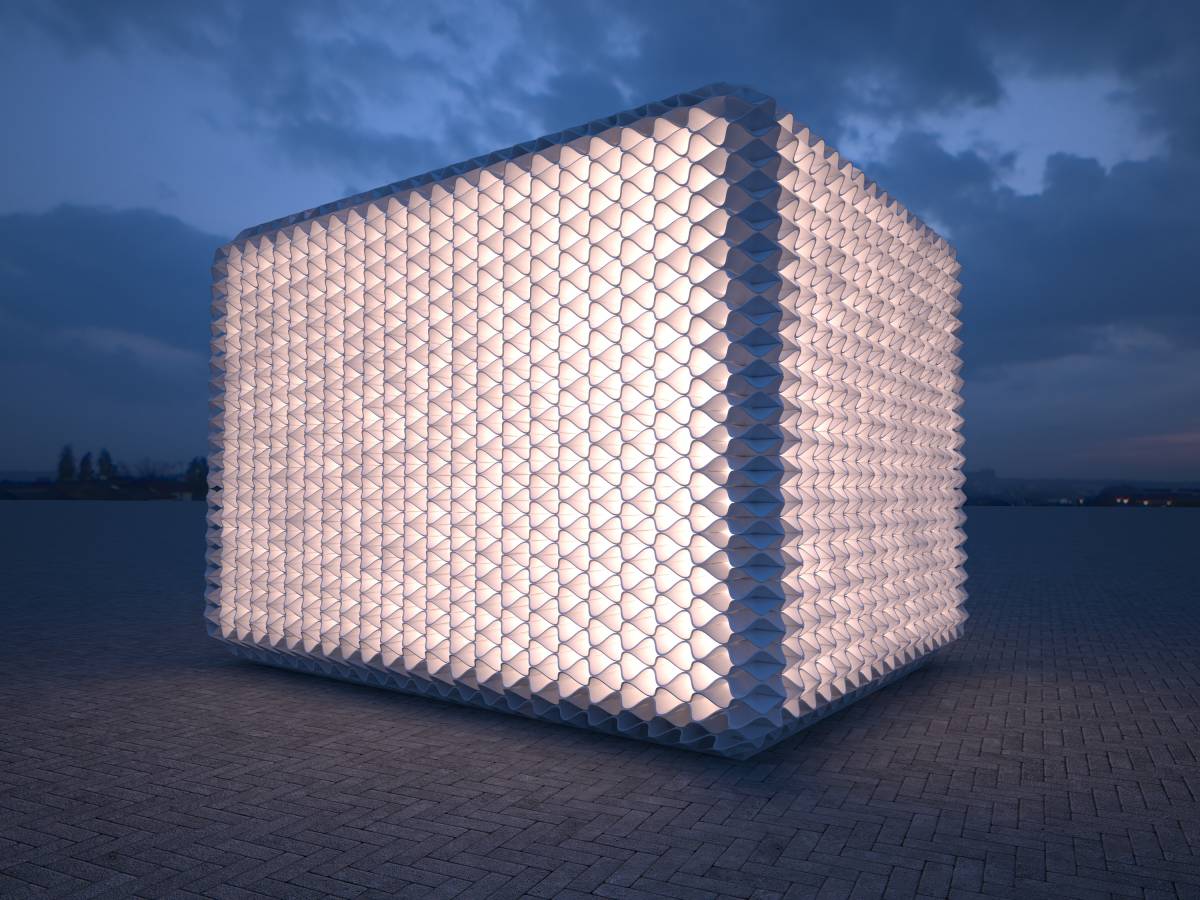 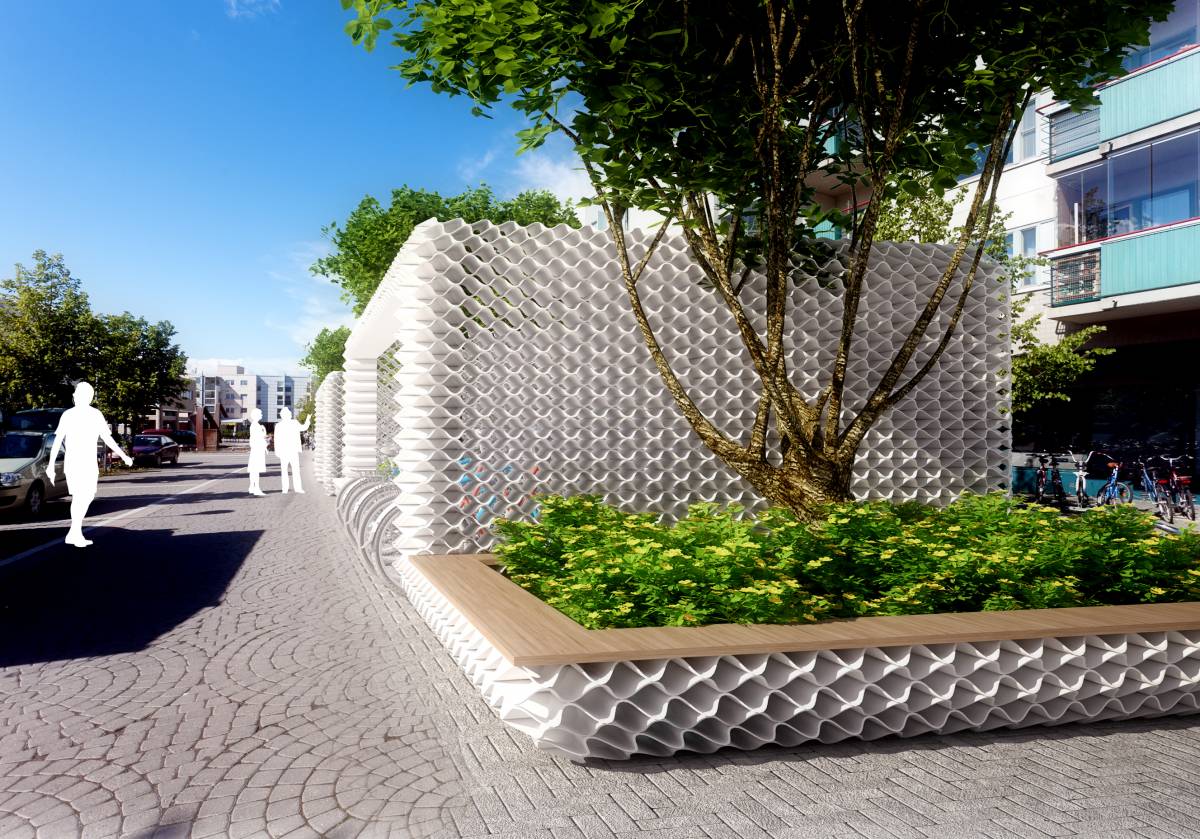 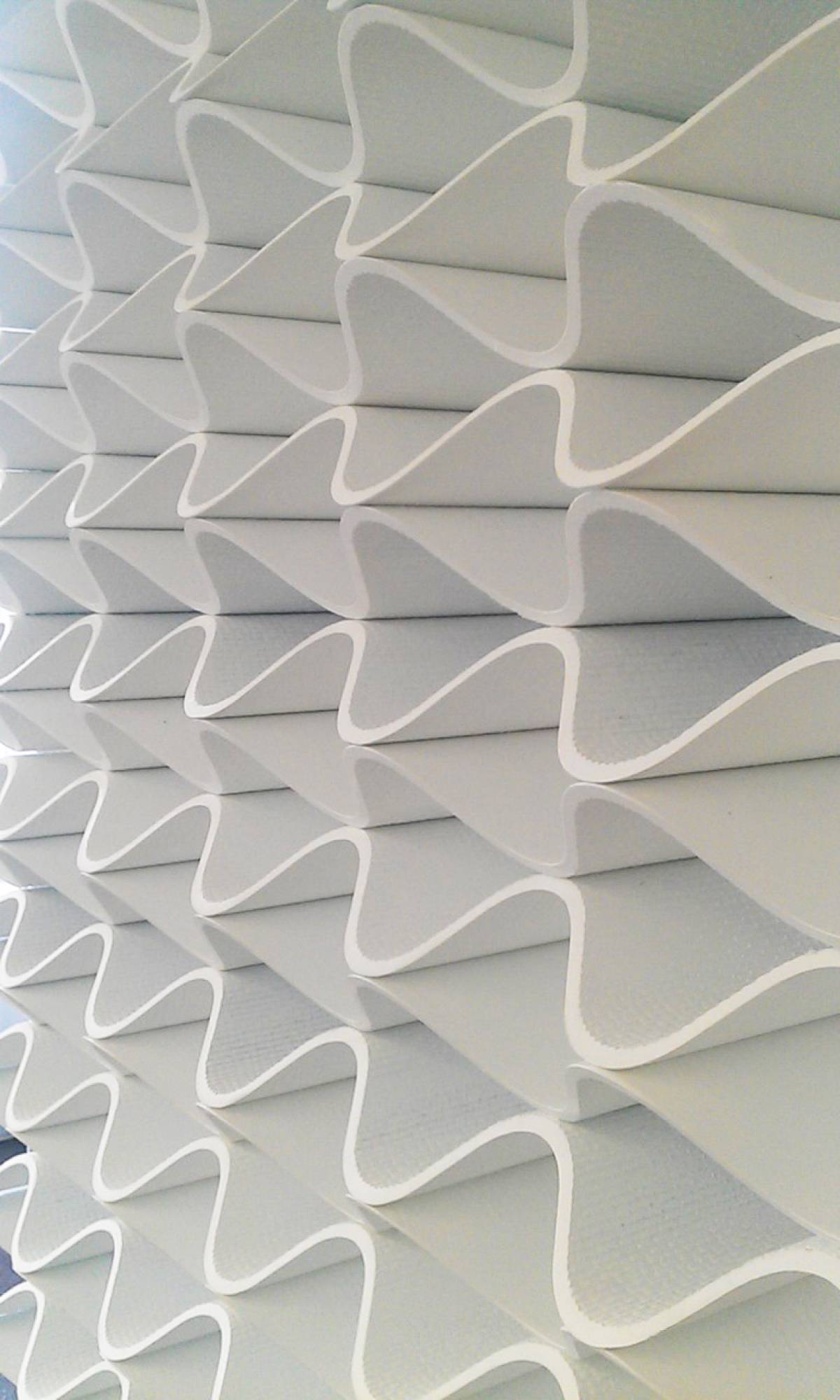